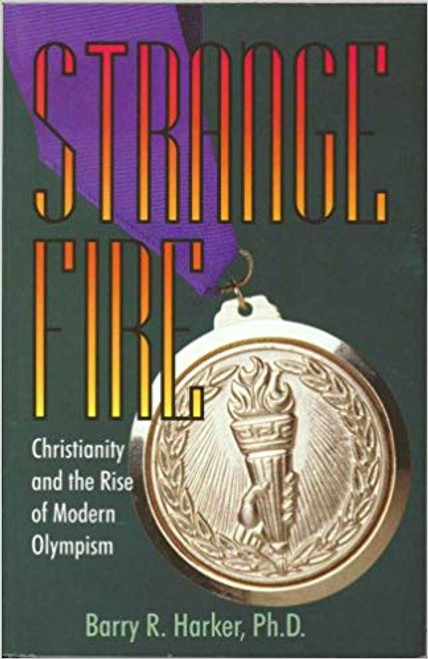 The Olympic games are almost universally accepted as a great international festival of peace, sportsmanship, and friendly competition. Yet the games are riddled with conflict, cheating, and objectionable competitiveness. Defenders of the Olympics usually attribute these vices to forces beyond the control of sports administrators and athletes. Strange Fire challenges this position and reveals why the Olympic games are inextricably associated with controversy and why the expected character-building effects of competitive sports have failed to materialize.

In this powerful and lucid blend of Christian insight and scholarship, you will discover the disturbing truth about the modern Olympic games and the role of Christianity in the rise of the neo-pagan religion of Olympism. Take an exciting journey behind the scenes of the ancient and modern Olympics. See layer after layer of myth peeled away to expose the true spirit of competitive sports. Capture anew the vision of spiritual and interpersonal growth through the timeless Christian principles of cooperation.

Strange Fire brings you face to face with issues which go to the very heart of what it means to be a Christian. No Christian can safely ignore the cautions raised in this penetrating analysis of the human mind in search of its own glory.

An Appeal to Church Leaders

Studies On the Book Of Daniel DVD