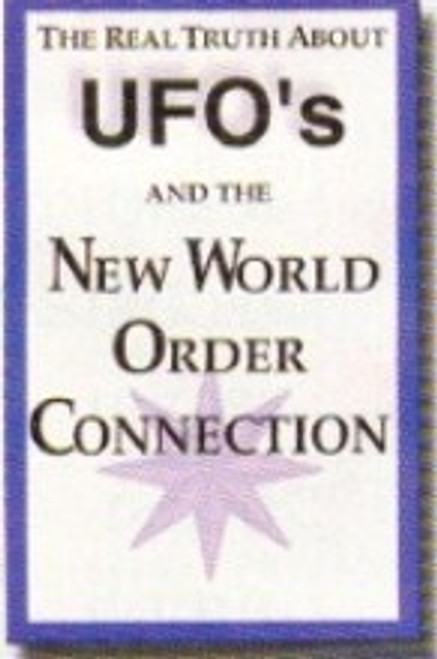 The Real Truth About UFO's and the New World Order What is the connection between UFO's, the Golden Age of Atlantis, and the New World Order? What do the Biblical prophecies of Daniel and John say concerning Satan’s plans to use the Land of Israel to bring the inhabitants of this planet under his banner? How are both the New Age Movement and the New World Order plans based on Plato's vision of re-establishing the Golden Age of Atlantis? According to New Age philosophies, the Atlanteans developed a highly advanced Utopian civilization based on secret knowledge brought by ancient astronauts. How are the gods of ancient civilizations related to these astronauts? And how are today’s systems of the Illuminati, the Freemasons, the Theosophical Society, the Council on Foreign Relations, Communism, and modern Socialism connected to these ancient astronauts and the Ten Divisions of the Golden Age of Atlantis? How does the nation of Israel fit into the plans of the New Age Movement and the New World Order? And what does the Bible say will happen to these modern Babel builders? With documented proof, the author explores these questions and more.