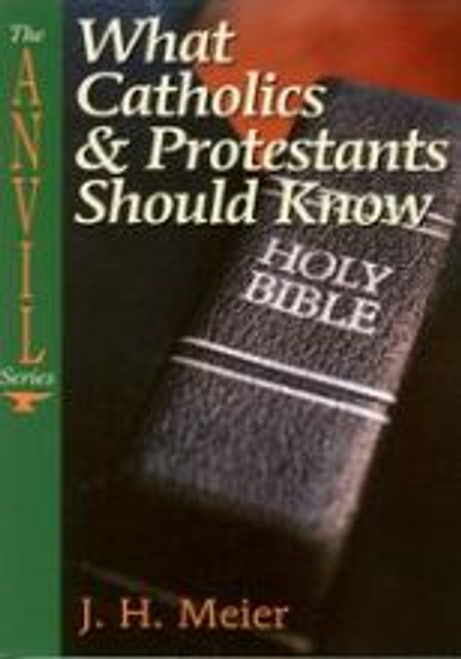 "What Catholics and Protestants Should Know" was written to clarify many of the problems over which Protestantism and Catholicism disagree. With the numerous calls for Christian unity being sounded from the pulpits of all religious persuasions, one is compelled to ask the question, on what basis should this unity take place? Since there are such differences of opinion and much theological debate, as to what constitutes saving faith, it is imperative that some standard be the final arbitrator. Ultimately the Bible has to be given the final authority if any progress is to be made.

The author addresses many of the basic doctrines of the Christian faith in the hope that the Holy Scriptures will give a fuller understanding and clarify many of the problems over which Protestantism and Catholicism disagree.

It is the sincere desire of the author and publisher that both Protestants and Catholics will study their Bibles and from them receive a better comprehension of the biblical doctrines that perplex so many.

That I May Know Him

Assurance Yes- But of What?

What Is the Church by Ron Spear

Why Protestants? Why Catholics? Should Christians Unite? by Inspiration Books East

Who Are These Three Angels?

What is The Mark of The Beast? Booklet by Mission Evangelism

What Is the Church by Ron Spear

Why Protestants? Why Catholics? Should Christians Unite? by Inspiration Books East

Walking in Your Love CD by Derrol Sawyer