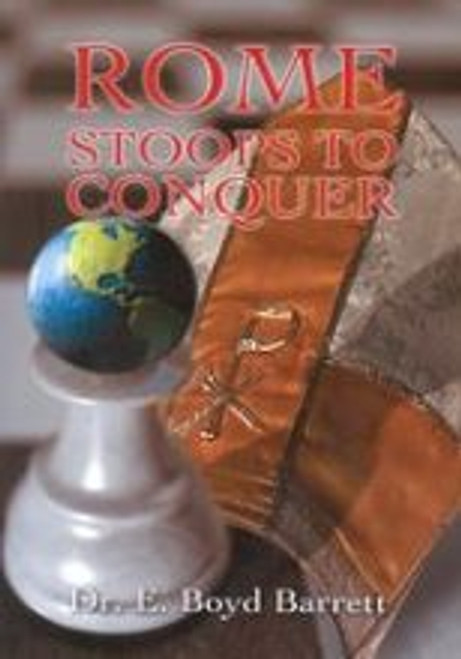 The subtle aroma of Catholicism is permeating the national thought. Here, there and everywhere, propaganda is busy 'making America Catholic'." This insightful observation is made by the author, and ex- Jesuit, who knows what he is talking about. Although this book was first published in 1935, it is as relevant today as it was then. There is an ongoing campaign to win America, and to make the Roman Catholic Church supreme, while regaining her ancient preeminence in the world. The Catholic Church in influencing every phase of national, civic and social life. It is exercising hidden influence on the press and other media, using politicians and politics to further her great aims; propagandizing by means of her papers and spokesmen.

The church is well aware that it can never hope again to dominate the civilized world until American kneels, beaten and penitent, at her feet. Does the church intend, should the power be hers, to change and modify the constitution? Does she mean to discard the American principle of the separation of church and state? Does she aim at being the established church of the United States? There can be no doubt that the answer will be in the affirmative. This book discusses many aspects of the church's plans for and influences on American life that are coming to pass before our very eyes.