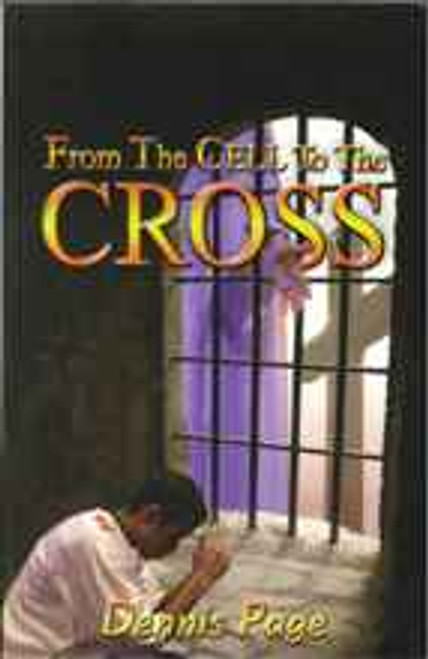 "From the Cell to the Cross" Never taught about the love of Jesus, I was taken captive by Satan at a young age. I became involved with spiritualism through a friend, and was tormented by spirits. Introduced to pornography, gambling and drinking by my family and drugs by my peers, it seemed there was no hope for me. Soon I became involved in a drug ring that was planning to take me out. The police and FBI began to investigate me. Desperate to "get off the hook," I contacted the Secret Service as an informer about some corrupt officers. I soon found out they were friends with the police investigating me. The heat was really on then. Just when life was really spiraling downward, things began to change. It was as if a flash of light, or drop of grace, fell from the throne of God. "For it is written; I was found of them that sought Me not; I was made manifest unto them that asked not after Me." (Romans 10:20) While in federal prison, God took me by the hand and revealed Jesus to me. My life has been changed - from a seemingly hopeless addict to one who now loves and serves God. Today I travel to share with and encourage others, visiting prisons and witnessing to inmates about Jesus. This book is my testimony - the story of how God reached down and took me "from the cell to the cross." Author Dennis Page. Pages: 160. ISBN: 9780978971809

From The Heart (Devotional)

Titus: Comrade of the Cross

Titus: Comrade of the Cross

(E-BooK) Youth, Are You Preparing For Your Divorce?