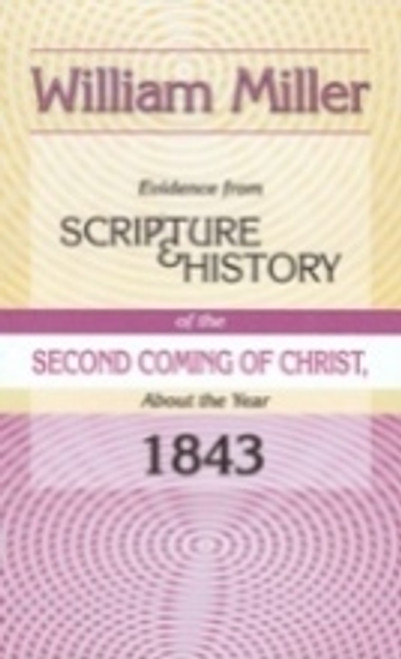 Over the centuries, God has revealed to His prophets clues to the upcoming events of the end times. Such prophetic language often differs from other parts of Scripture, employing highly figurative details. God in His wisdom has imparted these clues to various prophets spanning centuries of time, civilizations and social levels, thus providing the modern-day reader a highly complex, yet complete prophetic puzzle pointing us forward to final days in earth's history. Therefore, a complete study is necessary to understanding Bible prophecy as the act of overlooking one prophet or vision will render and incomplete understanding. William Miller was as a simple New York farmer when God called him to become one of cornerstones of the great revival movement that eventually formed the foundation of the Seventh-day Adventist church. A self-proclaimed agnostic, Miller had little to do with God or the Bible for much of his adult life. However, as the Holy Spirit worked on this heart, Miller began and extensive study of the Scriptures where he found Christ as his personal friend and Savior. Evidence from Scripture and History Explores into the heart of many Bible prophecies both known and ambiguous. Backing up all claims with Scripture and references, Miller takes the reader on an exhaustive study of Bible prophecy in this modern-day reprint of an early advent study. Author: Miller. Pages: 329. ISBN: 1572583673

History of the Sabbath

History of the Reformation in the Time of Calvin Vol. 1

History of the Reformation in the Time of Calvin, Vol. 3

History of the Reformation in the Time of Calvin, Vol. 4