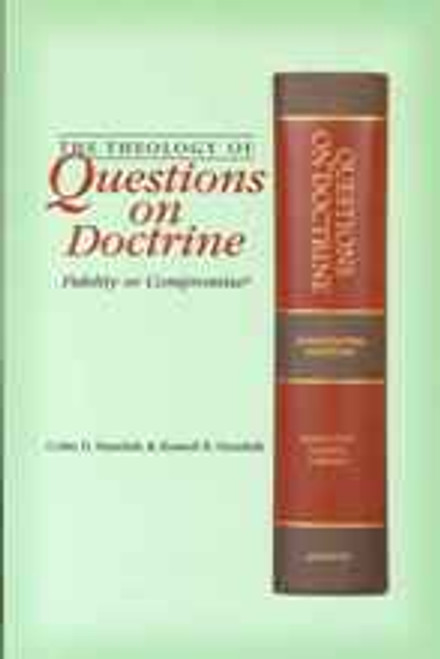 Ever have subterfuge, deception and intrigue been employed by Satan to destroy God's pure and holy church. God's first Eden church was thus compromised and defiled.

The same satanic armaments were employed to do so despoil the patriarchal church that all but eight of its millions of members were destroyed by the Noachian deluge. So, too, were the Jewish church, the early Christian church and the Protestant church defiled.

From its very inception, Satan has hurled his untiring, nefarious energy with unwearied persistence against God's church. His subterfuge, deception and intrigue have found no lack of church leaders eager to serve his bidding.

His most successful strategy was the foisting, in October 1957, of the book Seventh-day Adventists Answer Questions on Doctrine upon God's precious church. As a result, the omega of apostasy has been strongly advanced.

At Andrews University, October 24-27 2007, the authors, Colin and Russell Standish, were invited to present papers to the QOD 50th Anniversary Conference, held to examine the history and theology of this book.

The paper presented by Colin on the theology of QOD is the basis for the content of this book. This book is a companion volume to the analysis of the history of QOD, presented by Russell at the same Conference.