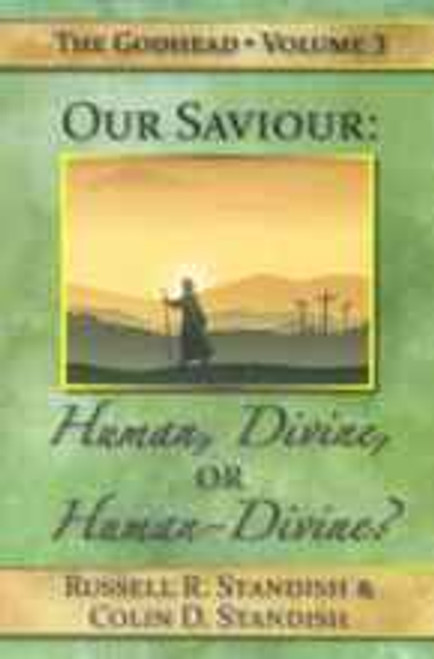 Unlike the other two members of the Godhead, Jesus had not only an eternal existence in heaven but also a short life as a human being on this fallen world we call Earth. Thus He bears equally both the titles of Son of God and Son of Man. Like all the members of the Godhead, He is surrounded by mystery, none greater than the mystery of His incarnation in that the eternal Son of God was "made flesh and dwelt among us" (John 1:14); came "in the likeness of sinful flesh" (Romans 8:3); and died for salvation of the human race (see John 12:32. As the understanding of the other members of the Godhead has engendered great debate and fierce divisions among professed Christians, the nature of Christ has fermented to fearful rivalry, as well. Now this acrimony is not limited to His earthly nature but also His eternal existence. While most Christians believe that God the Son has lived co-eternal with the others, many other Christians believe He emanated from the Father eons of years ago. Still others believe that Jesus has existed from the time of His conception in the womb of Mary. Christiandom has also been divided concerning the human nature of Christ. Many Christians believe that Christ took upon Himself the nature of humanity before the Fall. Others, in contrast, believe that Christ took upon Himself sinful, fallen nature, yet ever maintained a pure, spotless character and lived a perfect life without transgressing God's holy law. A correct theology of human salvation depends on that which is the correct truth of the human nature of Christ. As in all the books of this series, we have sought to separate fact from fiction and to elucidate biblical truth, for it is so important to understand the role of the Godhead in human salvation.