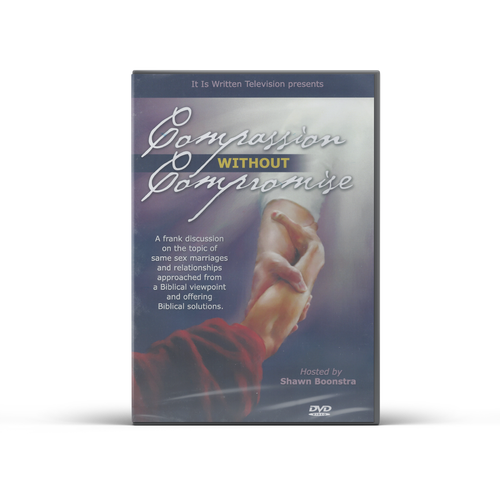 What happens when a man is attracted to another man in an intimate way? What happens when a woman prefers the affectionate touch of another woman? Is it acceptable or is it wrong? Should Christians simply ignore it and not talk about it?

Just a generation ago, not many people talked openly about homosexuality, but today it is in the A section of the newspaper, and popular television programs almost always include a positive gay role model. In these programs, It is Written television looks at the subject of homosexuality very honestly and very compassionately.

Compassion Without Compromise includes a frank discussion on one of the biggest debates in American society same sex marriages and relationships. In these programs, Pastor Shawn Boonstra interviews an individual who himself has experienced victory in abandoning a former gay lifestyle. More importantly, this subject is approached from a biblical viewpoint and offers Biblical solutions and hope to people who may have given up on finding answers to the challenges they are faced with.

In the final program on this DVD series, Pastor Boonstra looks at the legal issues and battles involved with this topic as he interviews an accomplished trial lawyer who has argued some very high profile cases dealing with same-sex rights.

Due to the nature of this topic, parental discretion is advised.