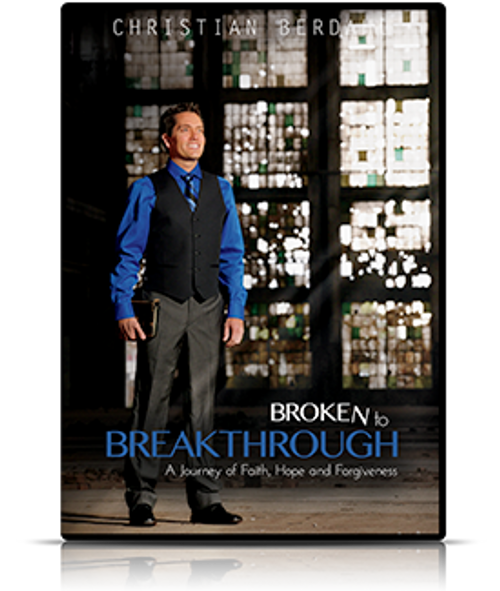 Christian Berdahl, the product of an unplanned teen pregnancy, was fathered by a seventeen year old daily drinker and drug user. Eventually, his mother was left at home to raise her three boys alone. One year after her divorce, Christian's mother remarried a man who turned out to be the young family's worst nightmare. They all lived with the atrocities of physical abuse and deviant mind games for ten long years.

Christian's battered mother finally found the courage to escape with her sons to rebuild what they could of their lives. Christian found escape in music, theater, arts, and eventually television production. His two younger brothers found escape in drugs, alcohol, and a life of crime, resulting in jail and prison time.

This testimony chronicles the life of one family's amazing passage in finding healing with God. Christian and his beloved ones put the past behind them and embraced the journey from Broken to Breakthrough, finding joy, peace, and purpose in this life and the eternal life to come!

What is The Mark of The Beast? Booklet by Mission Evangelism

On Our Journey Home CD by Three Angel's Chorale